This week was a half and half week for me at HitPredictor; there were just as many bad songs as there were good.  I usually like to start off with my favorite for the week but I honestly did not have one song I felt passionate about. I did like the song “What If” by Jason Derulo.  He has had some good pop songs but this song had a little more substance than usual and it made for a better song. I enjoyed “Move That Body” by Nelly feat. Akon and T-Pain. This collaboration is filled with hit makers and it really makes for a good club song. I think it will be a big hit.

There were other good songs in the jukebox as well. “We Radiate” by Goldfrapp was a pretty good dance tune. “Still Here” by Superchick was a fun pop song. “Underwear” by KaraMel was fun and had a good pop beat at first, but then it just got so poppy it was annoying. “Love 2012” by 30H!3 was just annoying techno music through and through. I’ve only liked a few of their songs and this is just not one of them.

“Sweet Serendipity” by Lee DeWyze is a very catchy song with good lyrics. It has a really good flow to it. “We R Who We R” leaves me even more confused about why people would ever listen to Ke$ha. The lyrics are terrible and her voice is just so freaking annoying.  “Pretty Girl Rock” by Keri Hilson had a great beat, a little pretentious but it’s a good song in the end. “Give a Little More” by Maroon 5 is one of the best songs on their album and should definitely be their next hit. I really love this group because they honestly never let me down.

So that’s it people. What were your favorites and total dislikes for the week? 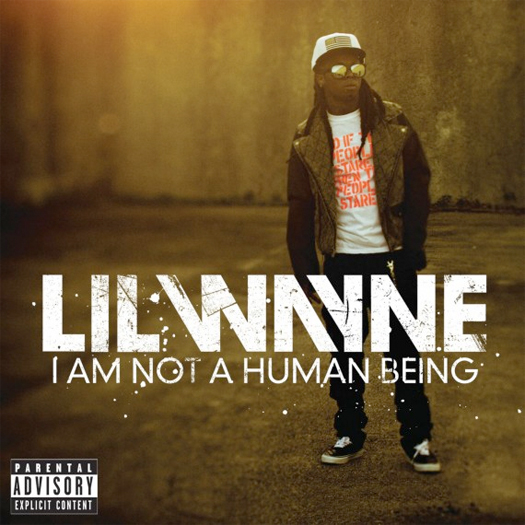 To the surprise of many (including the industry experts who doubted it could be done) Lil Wayne’s I Am Not a Human Being has jumped to the top of the Billboard 200 in its debut week of CD sales, and just two weeks after bowing at No. 2 exclusively from digital download sales. This week Weezy will be celebrating in solitary after he hears his latest effort sold 125,000 units this week – its third on digital, and first on the shelves.

Billboard reports I Am Not A Human Being is the first No. 1 to actually climb to the top – and not debut there – in more than a year since the Twilight Saga: New Moon soundtrack moved up a notch in its second week on the list.

Last week, Weezy’s I Am Not A Human Being was at No. 16, which Billboard says represents the highest leap to the top spot since January 2008 when Radiohead’s In Rainbows moved from No. 156 to No. 1.

In the runner-up position is Darius Rucker (former frontman of Hootie & The Blowfish) whose second country set Charleston, SC 1966, sold 101,000 units in its debut week.

Did you purchase any albums this week? If so, what did you buy?

Why? because the rapper said he has “learned his final lesson” after his most recent arrest.

Last week, a federal judge ordered T.I. back to prison to serve another 11 months after a September arrest in California on suspicion of drug possession. The rapper is currently on a supervised release from his federal weapons charges sentence.

The AP reports that T.I., during an appearance on the Ryan Cameron show at V103 in Atlanta on Monday, said he’s learned by trial and error after each arrest during his lifetime, and his latest arrest served as his final lesson.

MTV reports that during the interview, T.I. also admitted his mistake and hinted at deeper problems that he may need to address. According to reports from the probation hearing, the rapper pleaded with the judge to go lightly on his punishment and instead help him with his drug dependency.

T.I. said as he approaches the upcoming jail sentence: “I’m gonna take it a day at a time. I got a little while to plan. One thing I’m not gonna do is, I’m not gonna talk and make a whole lot of promises and do this or do that. I’m gonna speak more through my music and my actions. And I’m gonna let God lead me wherever that may be.”

Do you think T.I. will get the help he needs for what he described as a dependency on drugs after serving his sentence to stay out of trouble for good? 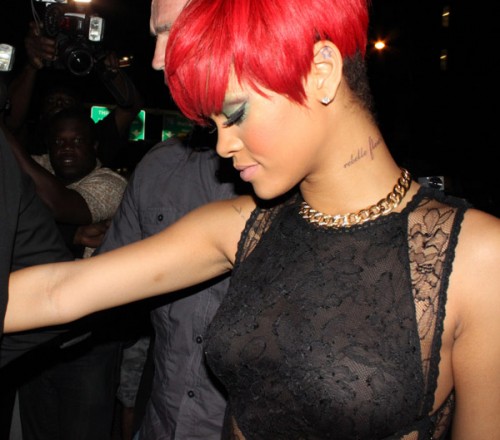 Happy Wednesday! How about some brand new Rihanna, R. Kelly, Kenny Chesney, Mohombi, and Avenged Sevenfold to get you moving in the right direction towards the weekend slide?!  We have FIVE brand new singles from these artists in the jukebox ready for you to rate right now, so have a listen to the new tracks listed below and let us know what you think of their hit potential!

Rihanna has released the second single from her upcoming album Loud and it’s called “What’s My Name” featuring the pop star’s former flame and red-hot MC Drake. Ex-boyfriend Chris Brown has already given this track his seal of approval writing on Twitter “What’s My Name is a great song.” Do you think this track with its R&B/urban pop feel is a good follow-up to her dance hit “Only Girl (In the World)”? Do you think this superstar duo has a hit on their hands?

R. Kelly released a new single last month called “When A Woman Loves,” which is reportedly from his upcoming 10th studio album Love Letter. This track has a distinct throwback vibe that has been both praised and criticized for its unique merging of the soulful R&B crooners’ suave vocals of the ‘50s and ‘60s with a modern urban vibe. Do you think this homage to the old school musical influences has the potential to be a charting radio hit today?

Kenny Chesney has also just released the second single from his No. 1 selling album Hemingway’s Whiskey called “Somewhere With You.” This track captures the mental struggle Chesney himself has admitted to fighting as one transitions from the nostalgia and memories of a past love while moving forward in a new relationship. Does this ballad resonate with you? Do you think it will be another hit for the country music superstar?

Mohombi is a newcomer to the pop scene on a brand new label, 2101 records which is the result of a partnership between Universal Music and super producer RedOne. The 23-year old artist is the child of a Swedish mother and Congolese father and having been raised in both the Congo and Stockholm he has a universal yet distinct pop sensibility. This influence is evident in his debut single “Bumpy Ride” and its dancehall groove which we have ready for you to rate at HitPredictor now. So have a listen and let us know if you think this track will be a pop hit!

“Welcome To The Family” is the second single from Avenged Sevenfold’s new album Nightmare. This album is the group’s first release since the passing of founding drummer James Sullivan last year. This single is distinct from the rest of the album in that it is especially conducive for listeners to sing along (or just head bang) to. But don’t think it doesn’t still have the catchy riffs and high-soaring solos along with a return to vocal glory from M. Shadows. The question is, do you think this track can be a radio hit?

As you check out these new tracks in the HitPredictor jukebox make sure you take note of any hidden songs you come across, and submit them by 3 p.m. Eastern Thursday, Oct. 21 for some bonus points!