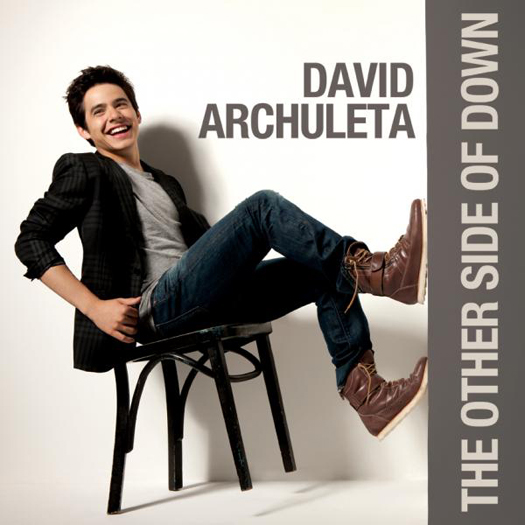 Tomorrow marks the release of former American Idol contestant David Archuleta, who will be releasing his sophomore effort The Other Side of Down.

Billboard talked to Archuleta about the new release and noted that this new record is very age appropriate for the 19-year-old star, who has produced a work of lively, upbeat pop tunes.

In the interview with Billboard Archuleta explains: “My goal with the album was to make it as ‘me’ as possible. I wanted to introduce people to the kind of goofy, dorky, weird personality I have. The first album had a lot of great pop songs, but this album is so much more personal.”

One reason it’s more personal is that Archuleta helped write 10 of the set’s 12 tracks.

The album’s first single, “Something ‘Bout Love,” was released earlier this summer and Billboard reports it has sold 45,000 downloads, according to SoundScan.

In preparation for the release Archuleta has been doing a radio tour that will carry through the month, and continue to have him performing rather than just hitting the interview circuit. “We picked markets he could perform in, because that’s one of his best assets,” Nicole Bilzerian, Jive Label Group director of marketing says. “He gets onstage and sings and gives everyone chills.”

You can check out the full write-up of Archuleta’s upcoming release (tomorrow!) here on Billboard to see what market David is hoping to capture.

Do you plan to buy The Other Side of Down tomorrow? 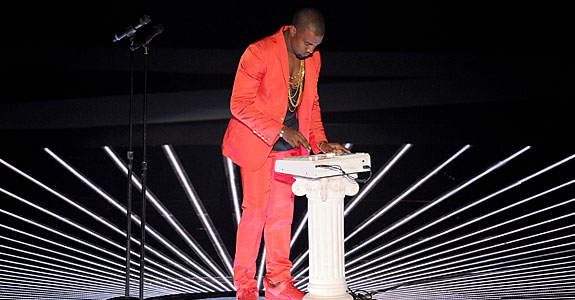 Kanye West has confirmed the Nov. 22 release date for his new album via Twitter today.

Last week we reported on West’s outrage for leaking both “Lost In The World” and “All Of The Lights” new (unfinished) tracks, which he said would result in the cancellation of his G.O.O.D. Music Fridays (free new-music release downloads every Friday leading up to the release of his album).

However, West decided to not punish the masses for the sins of a few and released “So Appalled,” featuring Jay-Z. Is this a track you’d like to hear in the jukebox?

West also “officially” put his animosity for SNL and its cast behind him this weekend after he was a musical guest Saturday night, and sent the show more “Love” on Twitter.

After the performances which have been getting rave reviews West wrote “Saturday night live… The team effort! I couldn’t do these things without a team of people with the same goal. To make performance art.”

West then tweeted a number of “thank you” shout-outs to some individual members of the team who helped him.

Finally, this morning Kanye wrote: “Here’s the tweet you all knew was coming… Love to SNL and the whole cast”.

What do you think of this “new” Kanye that’s been hard at work repairing his public image lately – do you think he is genuinely a changed man? 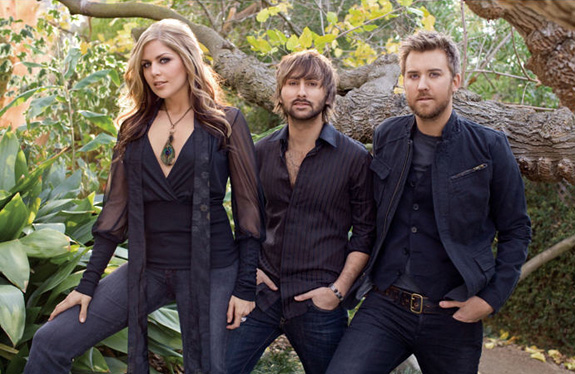 Lady Antebellum has an early Christmas present for its fans – a Christmas EP slated to drop next Tuesday, Oct. 12.

The EP will feature five holiday classics along with a new song “On This Winter’s Night” that was co-written by Tom Douglas, an artist that has collaborated with Lady A on “I Run To You” and “Hello World.”

Dave Haywood in an interview with Billboard said “We recorded all of this in July,so it was a little bit peculiar being in the studio in the middle of July in Nashville, Tenn., 100 degrees outside, sweating, and doing a Christmas record. But we had a great time doing it. We had the studio all decorated…We brought everything we had from our houses and decorated and tried to get into the spirit. It was a fun experience.”

Haywood says that for the new track, “On This Winter’s Night,” he and bandmates Hillary Scott and Charles Kelley “tried to take some of our Christmas memories, and some of the things we remember from the holiday season, and put them into a song. It was definitely a new experience for us; we’d never written a Christmas song, really, before. But it was a lot of fun trying to look at what we do and how we spend the holidays and take that feeling and put it into a song.”

Next up for the crossover country group is an album they hope to release in 2011 as they continue to promote their current single “Hello World” from the double-platinum Need You Now album while on the road in the group’s first-ever headlining tour.

Are you excited to hear the Christmas EP from Lady Antebellum?

Which Christmas release do you think will be most popular? Mariah Carey’s? Lady Antebellum’s? Susan Boyle’s? The rumored Jessica Simpson’s? 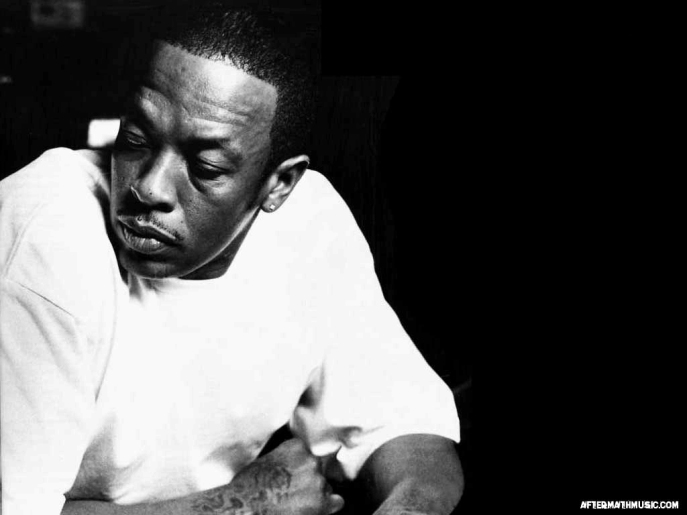 Is there a chance for some Dr. Dre in your Chistmas stocking this year?

Maybe, according to Dre himself, who on Friday at a press conference to promote his headphones told the crowd he hopes to release new music by Christmas according to a report from SPIN.

Dre said: “In a perfect world, you know, I’m really trying to make Christmas, but we’ll see… Something will definitely be out.”

Whether that something is the highly-anticipated and forever in the making album Detox, Dre did not say.

Dre did add that he has been working on music non-stop saying: “I’m working on it every day.”

SPIN reports that Dre’s label head (and Interscope chairman) Jimmy Iovine was also at the event and talked about new music he had just heard from Detox: “He just played something for us back there. He’s got two new songs that are just incredible.”

The lead single from Detox is a Dre  collaboration with Jay-Z called “Under Pressure” which has made an appearance online in its unfinished version.

SPIN reports that Dre is also working on a concept album about planets – the tracks are to be “interpretations of what each planet sounds like.”

Do you think Detox will actually drop before the year is over? Or do you expect it won’t see the light of day until at least 2011?